Highway 191 to the Flaming Gorge was an easy drive and nothing to worry about.  It did climb for quite a while but the so-called switchbacks were wide and gradual.  Once we reached the south end of the gorge we opted to drive along the west side.

Flaming Gorge is the largest reservoir in Wyoming but his part of the gorge is in Utah. We thought the Utah side was the prettiest.  That is Steve driving in front of me because we thought towing would be difficult which it would not have been after all. 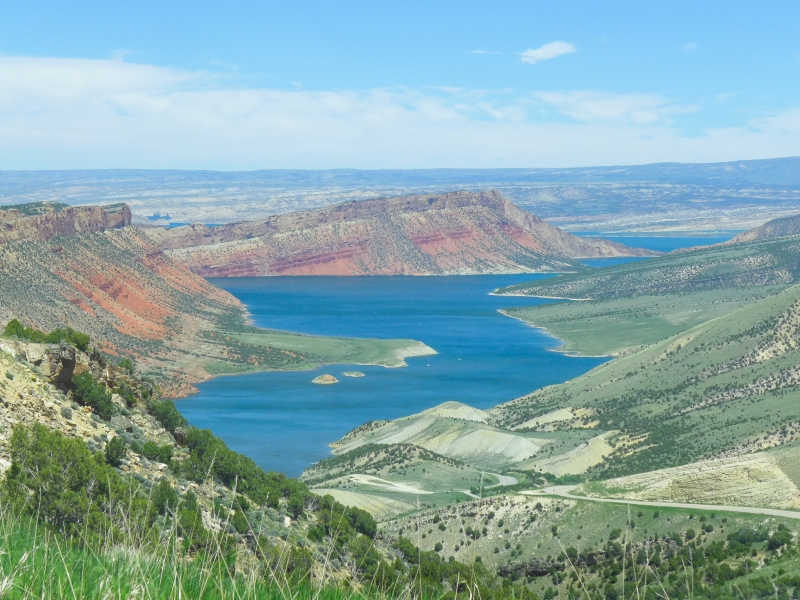 Every place we have been has evidently had a good amount of rain. So nice to see instead of the usual brown, particularly in Wyoming.

We stayed in the gorge at the Lucerne Valley Campground. It is a national park service campground and marina making for plenty of space between motorhomes and reasonable prices.  For some reason I neglected to get pictures of the lake right out front but you can see the faintest strip of blue in front of the mountains. This campground is used mostly by boaters that spend their days on the lake. 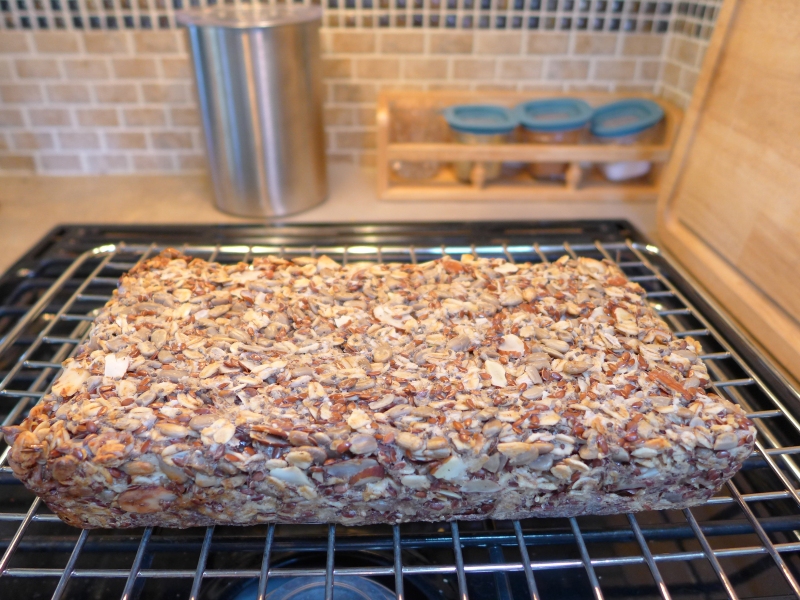 We worked one whole day in the kitchen cooking dishes to have for travel days.  This is a bread with no flour and contains flax seeds, chia seeds, nuts, oatmeal, psyllium husk, and a few other goodies.

We got up early this morning for what was planned to be a long driving day. However….. 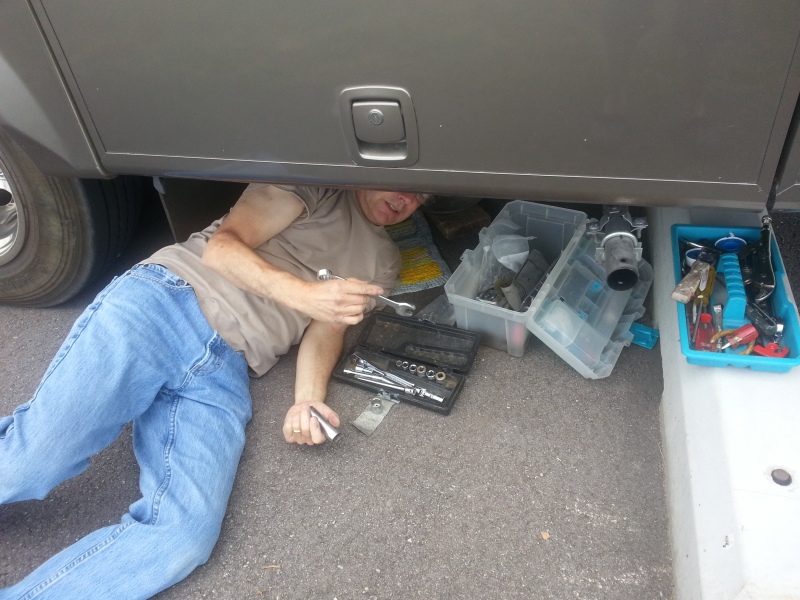 You wouldn’t believe how many pictures I have taken of Steve on the ground lately: Fixing a leak under the sink, cleaning my Belgian throw rug that a carafe of coffee spilled on, taking apart the steering column because the GPS cord got jammed in there somehow, and on the floor in front of the slide trying to figure out why it was making little grooves in the floor (tiny gravel).

I took the above picture this morning when Steve was troubleshooting why one of our leveling jacks wouldn’t go up. Steve thought it was a gear which is more difficult than an electrical problem to repair.  I was reading everything I could on the internet on how to fix it but then had to go to the office because we were going past our checkout time. The lady in the office said “no problem, your site is free for the next 4 days if you need to stay.” Then her husband hopped on his golf cart and dashed over to help Steve. His solution was different and much easier than any I found on the internet.  They wired the jack up so it wouldn’t fall, then drove to a ditch, positioned Alice where the jack hung over the ditch, and took the wire off so the jack would fall out. It’s not a permanent fix but at least we could leave and go somewhere for a repair. We just have to find level places to overnight in the meantime.