29 Oct – At the moment we are sailing through Cook Strait between the north and south islands of New Zealand.  We were supposed to stop briefly outside of Wellington to transfer a sick crew member off of the ship but the Captain just announced that the sea was too rough to make the transfer and we will continue on.

Shortly before pulling out of Melbourne, the Captain made an announcement that because of bad weather, with 40 foot swells and 55 miles per hour wind, we would not be going to Tasmania.  Nor would we go to the Milford Sound and Fiordland National Park on the South Island of New Zealand.  However, we would receive a complimentary glass of champagne with our dinner that evening.  And we would receive a refund for the applicable port fees and taxes.  For us, that amounted to $103.06 US.

The ship will dock in Port Chalmers (Dunedin) tomorrow for three days and two nights instead of the initially scheduled 10 hours. We immediately thought about renting a car and driving ourselves to Milford Sound but heard they are all rented already. I more than understand not sailing in the bad and probably dangerous weather.  But a glass of champagne?!  I inquired at Customer Service about some kind of monetary refund for the missed places since this was a very expensive cruise and those were the two high points of the cruise and the main reason for most people even taking it.  Nope.  Holland’s contract says they won’t be held liable for bad weather.

Even though Holland and Carnival are owned by the same company the comparison is night and day.  Even if Holland gave us a free cruise I would never get on this ship again and it has nothing to do with missing Tasmania and the Milford Sound.  I could write a book about their lack of customer service from the time we made the reservations, to boarding, to giving us a cabin with an obstructed view and charging for one without, to the poor service at the buffet. And I won’t even get started on the food which everyone has been complaining about and one of the concessionaires told me that it is just this Holland ship in particular because he has had fantastic food on other ships.

We did get a refund for the shore excursion we had booked in Tasmania.  It was a very expensive all day excursion and we thought about putting that money to some excursions in other ports but Holland is not going to get one more nickel from us and that includes their 75 cents per minute slow internet.

Here are a few pictures from Melbourne: 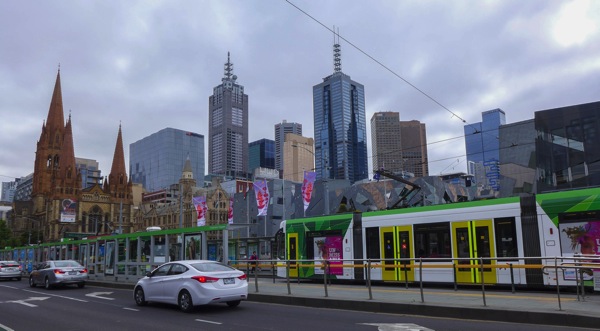 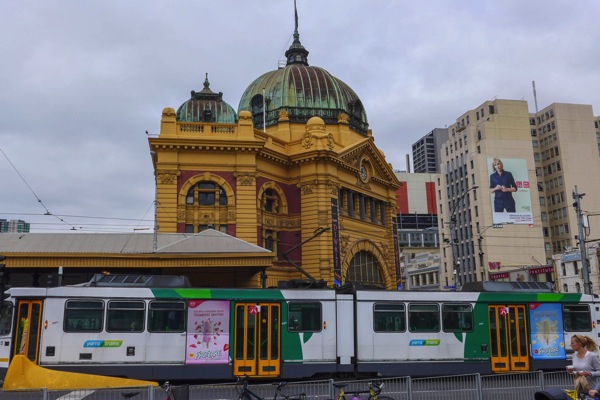 Somehow the dial on my camera got moved to a creative setting which is why this picture of the train station looks a little strange. 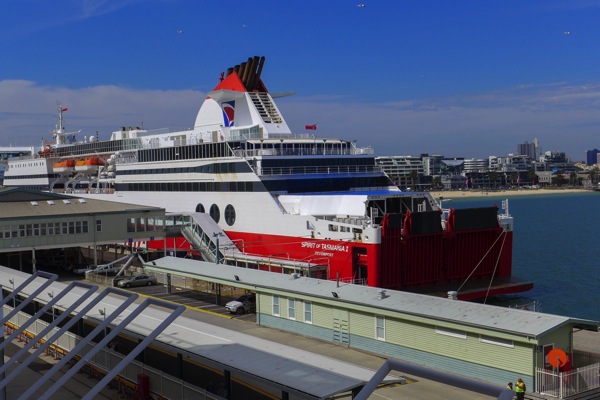 In Melbourne we were docked next to the Spirit of Tasmania.  It is the ferry that carries people and vehicles to northern Tasmania where there was no bad weather forecast.  Our ship had been scheduled to go to Hobart on the southern coast.  We saw motor homes driving onto the ferry and how I wished we had gone on it instead of this overpriced cruise.

I better write about the good things too so here goes:  The bed is the most comfortable bed I have ever slept on, period. 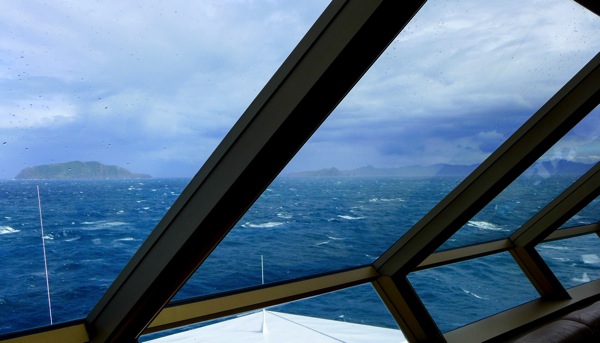 The library on the front of the 10th deck looks to be as big as the main dining room.  It is just fantastic with observation windows that curve around across the front. There is free New York Times reading on the computers, a coffee bar with inexpensive drinks and free snacks, and a regular bar.  Also there is some good entertainment from a guitar soloist and today a didgeridoo performance.  This picture is our first views of New Zealand in Cook Strait.

The stabilization system and sound proofing in this ship is very good because unlike on Carnival ships, we never feel the rough seas or hear the engines in our room.

Food:  The catsup is great.

This entry was posted in NewZealand and tagged Australia Oosterdam Melbourne. Bookmark the permalink.