Russell, on the North Island of New Zealand was the first permanent European settlement in New Zealand.  It is a vacation town and good base for exploring the Bay of Islands and is supposedly the number one tourist destination in New Zealand.  Russell is at the southern end of the subtropics in New Zealand and has had the best weather we have encountered so far. 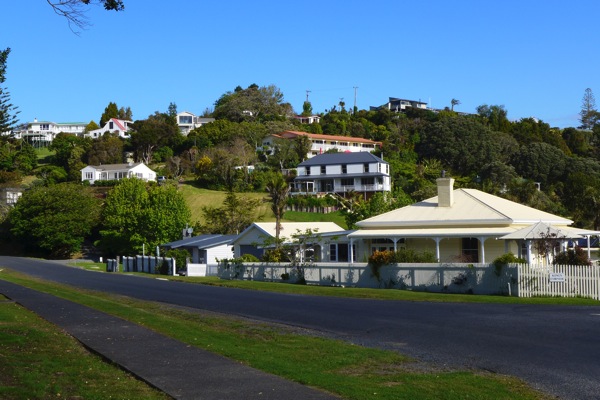 It is a town of white houses and picket fences 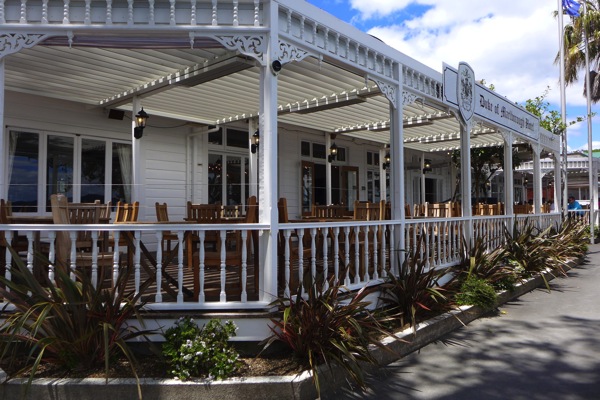 Restaurants and cafes along the waterfront 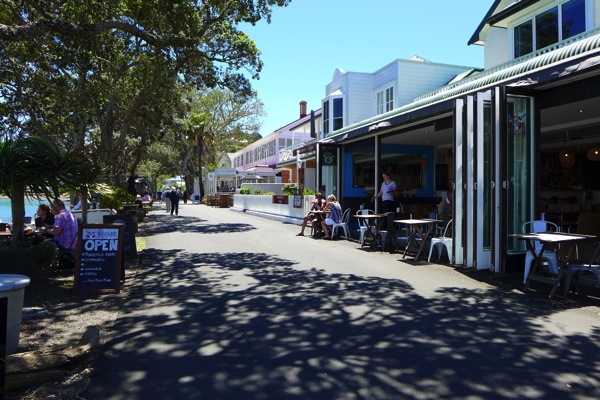 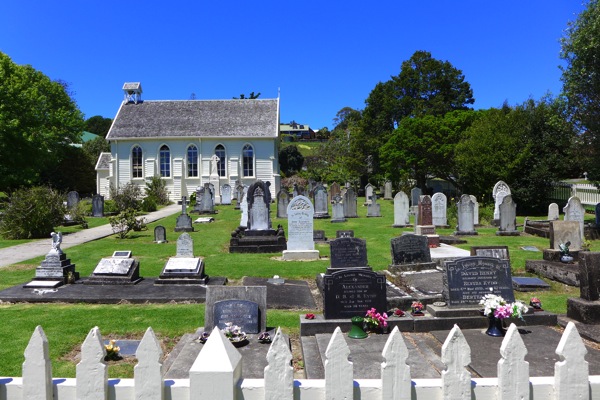 Church of Christ was the first church in New Zealand 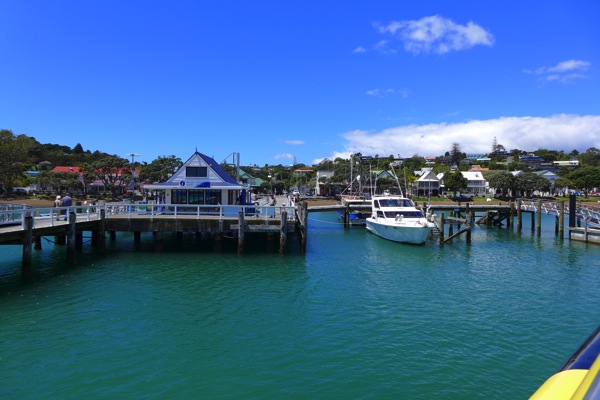 The harbor is a busy spot with many boat tours leaving throughout the day.  We booked a tour to see dolphins and the Hole In The Rock.  I was expecting a slow meandering boat tour but instead we were on a high speed catamaran.  It was a blast! 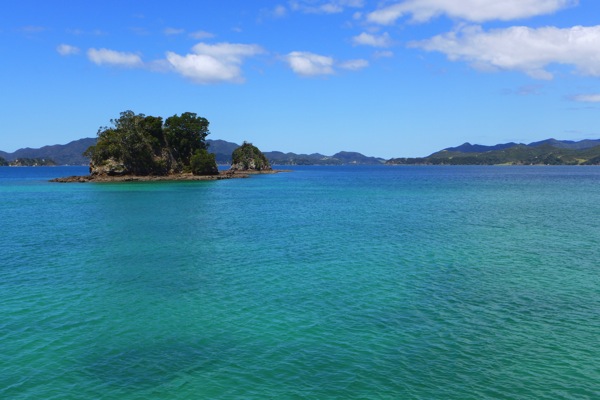 The Bay of Islands has 144 islands. When Captain Cook first sailed into the bay and visited some of the islands it was said that the sound of birds was deafening in the morning. Now all 144 islands have been cleared of the vermin that prey on birds in a project called Bird Song in the hopes that a large number of birds will flourish again.

There were two tours leaving at the same time. The one above was $1 less but our boat was yellow so we booked it, thinking we could find it easier.  It was a good choice because ours was smaller, faster, and had only 15 passengers vs this other boat that was packed. 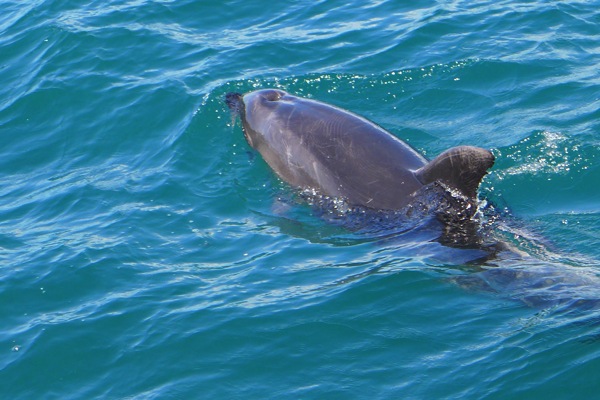 Dolphins are spotted over 90% of the time on the boat tours and we were definitely not disappointed.  I could not count how many we saw including babies. 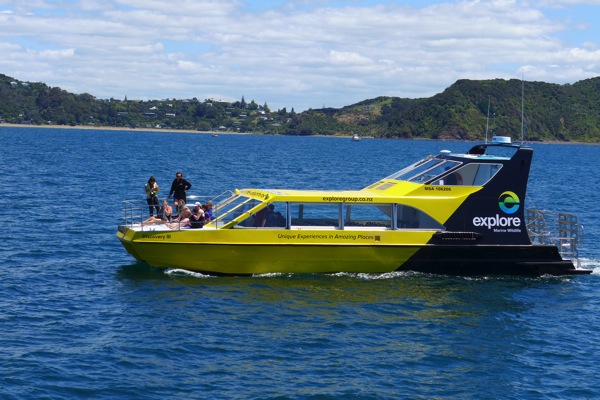 This tour is for swimming with the dolphins but since there were babies among this pod the people couldn’t go in the water at this location. There are laws against swimming with baby dolphins and also for having boats around them very long 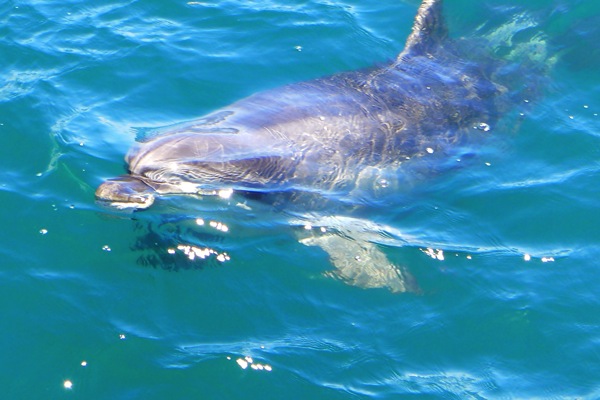 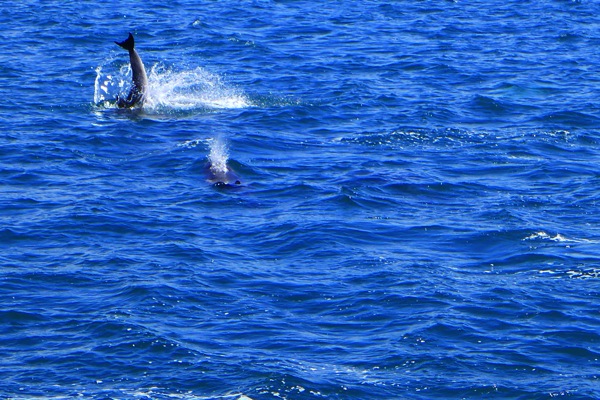 What a wonderful experience to see them free and out in the open vs at an aquarium or show. 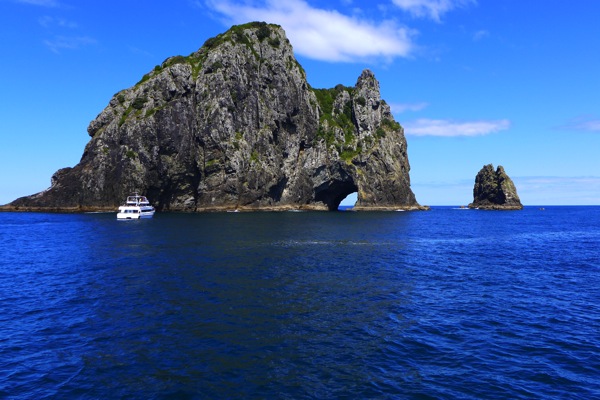 Twenty minutes of full out speed on our boat and we were at the Hole in the Rock which is at the outer most part of the Bay of Islands. 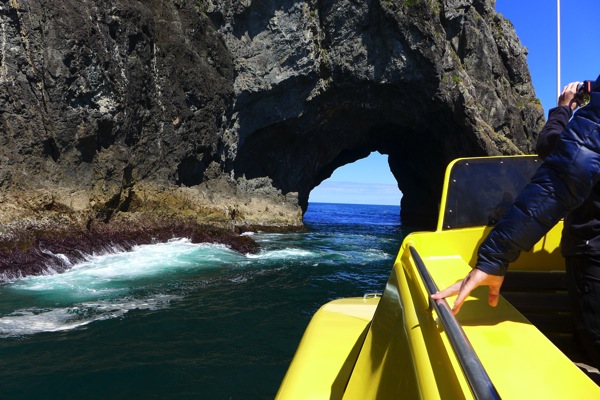 Here we are getting ready to go through the hole 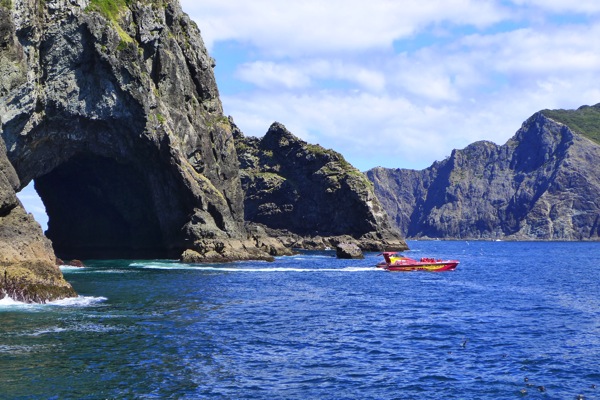 If I had known about this other tour called the Mack Attack, I would have booked it instead. It’s a jet boat where the people are strapped in with harnesses because they go so fast.  Next time. 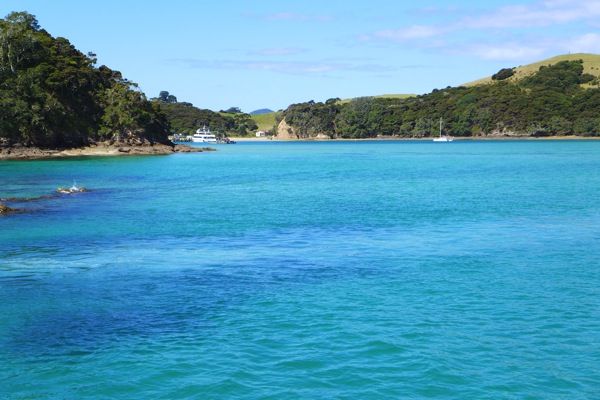 Next, we had a 45 minute visit to an island called Urupukapuka and later the boat captain took us close to several other islands and explained what they were about.  This was a fabulous tour that we almost didn’t book since we had been on a boat tour in Marlborough Sound and thought it would be similar which it wasn’t. 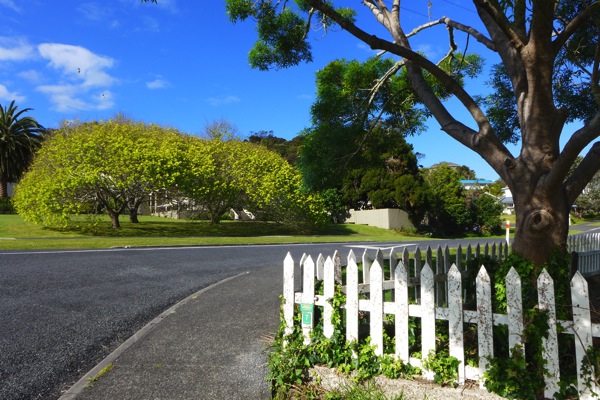 Back to the Russell harbor and our idyllic walk to the campground.

Like Loading...
This entry was posted in NewZealand and tagged BayOfIslands, boat tour, NewZealand. Bookmark the permalink.