Tuesday, 2 September – We had planned to take a taxi or bus to the central part of town but when we got off of the ship there were people pushing tours to take in vans with 6 passengers for $30 each person.  We told the tour people we were not interested as the van was going to places we had already been.  Flexibility is always a possibility in Mexico and so we ended up with our own personal van and tour guide/driver to take us where we wanted to go.

The botanical gardens, about 20 miles south of the pier, were first on our list. It is a beautiful drive along the coast south of the city where the most expensive houses are. I presumed our tour guide would stay in his van but he came with us into the gardens.  He was amazing as he knew the names of the plants and we were later to find out the wealth of information he had for us.  I forgot to get the spelling of his name but it is pronounced as Hor-Hay. 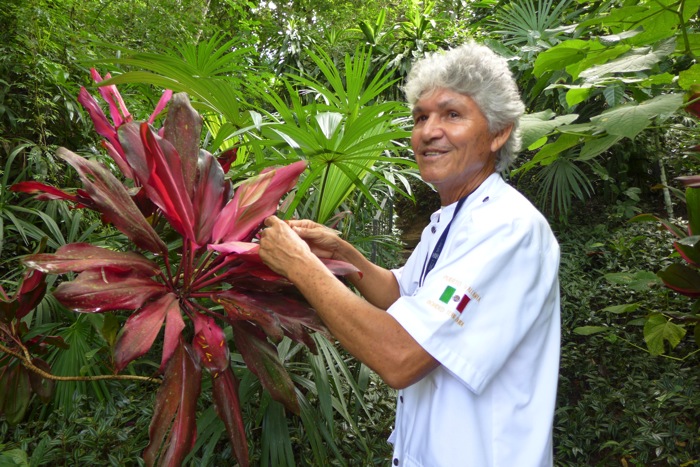 The tour guides at the pier all have white uniforms and white vans.  They are licensed by the government and are required to have 160 hours of training every 3 years in order to renew their licenses.  The training consists of one week travel excursions in busses with other tour guides.  Each week gives them 40 hours credit.  The reason for the excursions is so that they are knowledgable about other places for us to visit, thus promoting more tourism.

First we took one of the trails through the jungle to see native plants.

The main central part of the gardens has a structure showcasing many tropical plants. 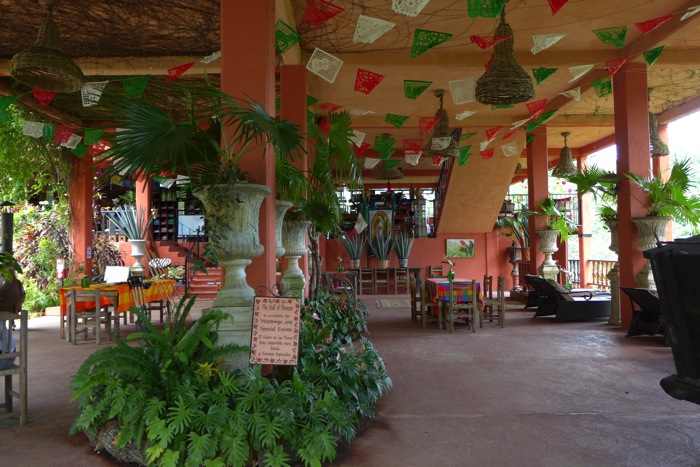 Afterwards we went to the restaurant and had a Jamaica drink.  This is a sweet red drink made from hibiscus flowers and is very refreshing.

Next, Horhay took us to Chico’s Paradise, a restaurant and zip lining complex.The claim to fame of Chico’s Paradise is it was the site of filming for a movie called Caveman with Ringo Starr. 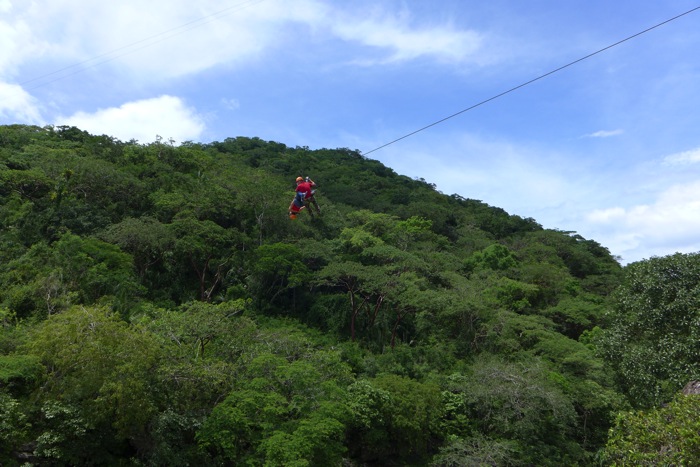 Our table was on a balcony right along the rushing river and waterfalls with views of the zip liners going overhead. This is a couple who went back and forth many times in all sorts of acrobatic positions. 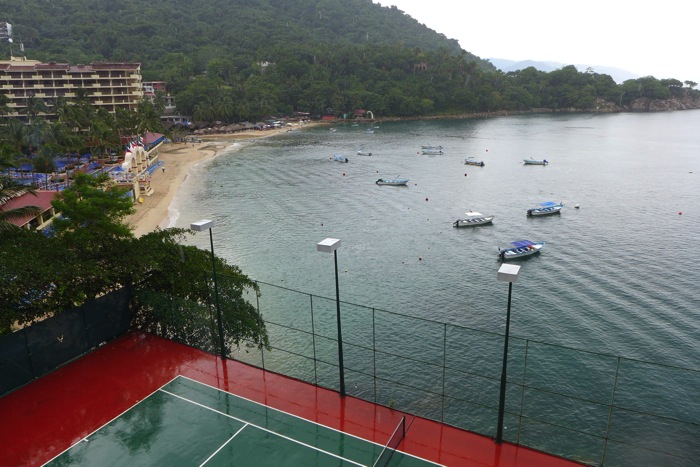 By the time we left the restaurant it had begun to rain.  Hor-hay stopped at an overlook to the little village of Mismolaya for a quick view.

This bridge, in an area called Gringo Gulch, is known by the locals as the Lovers Bridge and by Gringos as the Hankie Pankie Bridge. The bridge connected Richard Burton’s house to Elizabeth Taylor’s house.  She was married to Eddie Fisher at the time and the locals, being Catholic and conservative, wouldn’t allow them to live in the same house while they filmed the movie, Night of the Iguana  When Richard and Elizabeth made a large contribution to the church they were allowed to build the bridge.

Horhay told us about the origination of the word Gringo:  Many years ago there was a mine near the US border that was run by a man named Mr. Green.  The miners were unhappy about conditions and their pay.  Horhay explained that during this period the Mexican population had not been schooled for 300 years so they couldn’t read or write very well.  The miners were protesting their conditions and one of them wanted to write on a wall for Mr. Green to go home.  Not being able to write very well, he spelled Green as Grin and then wrote Go.  There you have it.

I always thought the word Gringos was just used for North Americans but Horhay said the word is used for all foreigners with the exception of Chinese and Japanese who are called by their proper nationality. 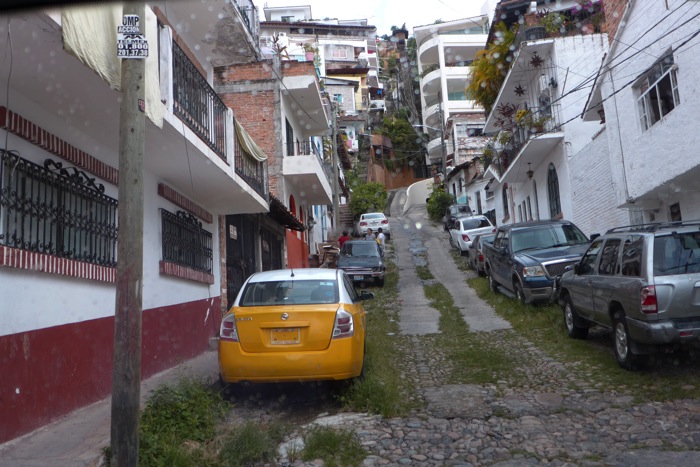 The area around Gringo Gulch is very steep with some roads so narrow that I don’t know how Horhay managed to negotiate them in his big van. 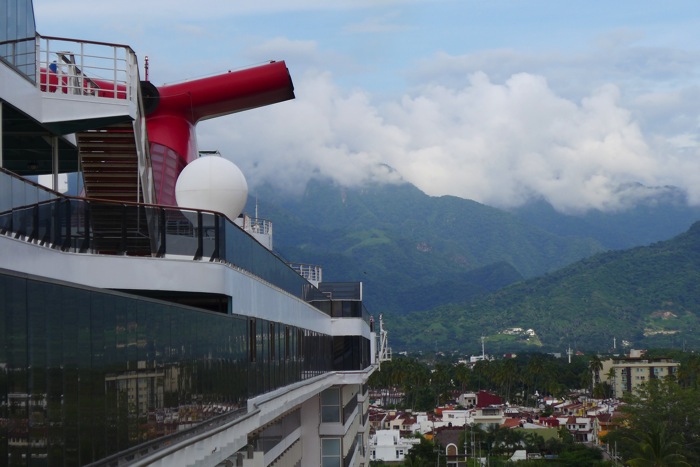 Back to the ship but not before we went into the wifi cafe at the pier.  Everyone was having problems with their internet connections and we couldn’t get waited on so we left.  Maybe you will read this when we are in Tahiti.

This is another view from the ship looking towards central Puerto Vallarta.  And as far as the weather:  I didn’t think it was unbearably hot or humid but at the same time the winter time is definitely more comfortable.

This entry was posted in Mexico and tagged Mexico. Bookmark the permalink.